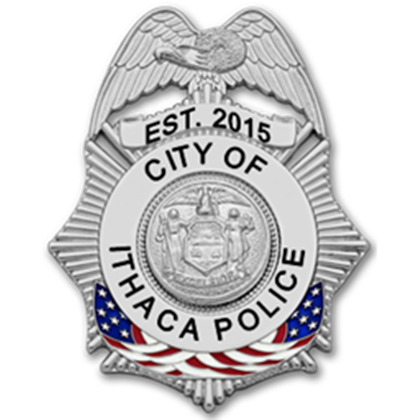 Ithaca police officer was hit by a vehicle, injured and taken to the hospital while directing traffic Saturday at the congested scene of a two-crash at the Home Depot Plaza on Elmira Road. At 11:37 a.m., Ithaca police officers responded to the entrance of Home Depot, along with Ithaca Fire Department and Bangs Ambulance, for the report of a two-car crash with injuries. Officers arrived and began investigating the crash, which was causing congestion at the busy intersection to the plaza that also contains Kohl’s.

Two officers wearing reflective safety vests were assigned to traffic direction around the crash. At 11:55 a.m., one of the officers, who was not identified in a news release, was struck by a vehicle and knocked to the pavement. The driver, whose vehicle struck the officer, stopped a short distance from the crash.

The officer who was struck by the vehicle was transported to a local hospital by Bangs Ambulance with non-life threatening injuries. The driver of the vehicle was identified as Jordan Foster of Trumansburg, NY.