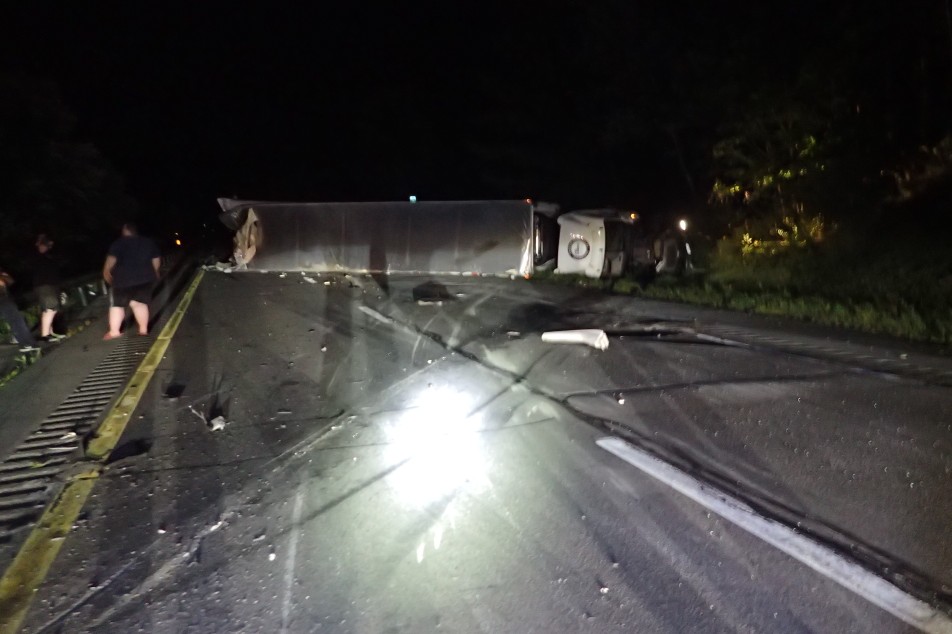 I-81 North was reopened in time for morning commuters Tuesday after it was closed for three hours between Exit 8 in Whitney Point and Exit 10 in the Town of Cortlandville for approximately three hours as a result of a crash involving two tractor trailers.  At approximately 3:40 a.m. Tuesday, officers from the Cortland County Sheriff’s Office responded to Interstate 81, North of exit 9 near milepost marker 42, in the Town of Marathon, for a crash involving two tractor trailers.

Sean S. Nicholl was traveling north on Interstate 81 in a 2015 Freightliner when he went off the roadway, struck several trees, overturned before coming to rest blocking both lanes of traffic. A 2017 Freightliner, operated by Daniel M. Bloom Jr., of Clearfield, Pa., was unable to avoid the overturned tractor-trailer and struck the trailer. 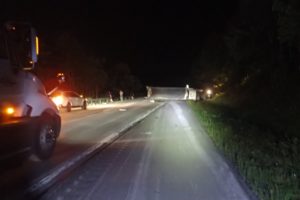 No one was injured in the crash. The investigation is ongoing at this time.

Starting Point and Probable Cause of Taylor Garbage Fire Determined

I-81 South Reopens After Crash Between Box Truck and Plow