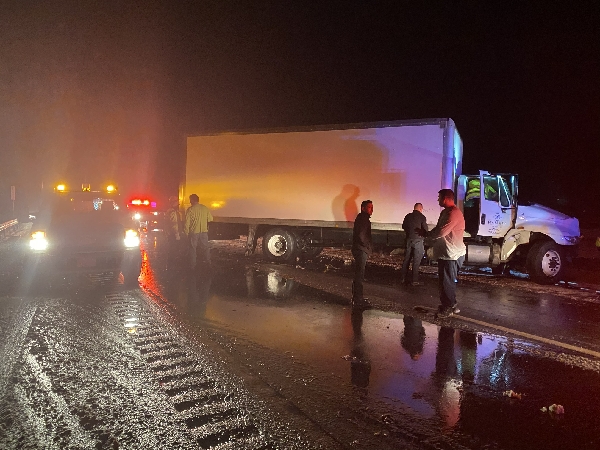 Interstate 81 South has reopened after an early morning accident involving a box truck and NYS snow plow near Preble Exit 13, in the Town of Homer, south of Syracuse, closed the highway, according to the Cortland County Sheriff’s Office.

On Monday at approximately 6:10 a.m., officers of the Cortland County Sheriff’s Office responded to the area of the 59-mile post marker on Interstate 81 South, in the Town of Homer, for a motor vehicle crash involving a delivery box truck and New York State Department of Transportation snow plow.

Oscar Osnay Zambrana Reynoso, age 28, was operating a 2015 International box truck, traveling south on I-81, when he rear-ended a DOT snow plow traveling in the same direction. I-81 was closed for two-hours between Exit 13 in the Town of Preble and Exit 12 in the Town of Homer to allow emergency crews to clear the scene.

Zambrana Reynoso, of Miama, Fla., needed to be extricated from his vehicle by Fire & Rescue crews. He was taken to Upstate Medical Center in Syracuse for a leg injury by TLC ambulance. The DOT plow driver was not injured in the crash.

Zambrana Reynoso was ticketed for following too closely, failure to use designated lane, and operating an unregistered motor vehicle, (violations).