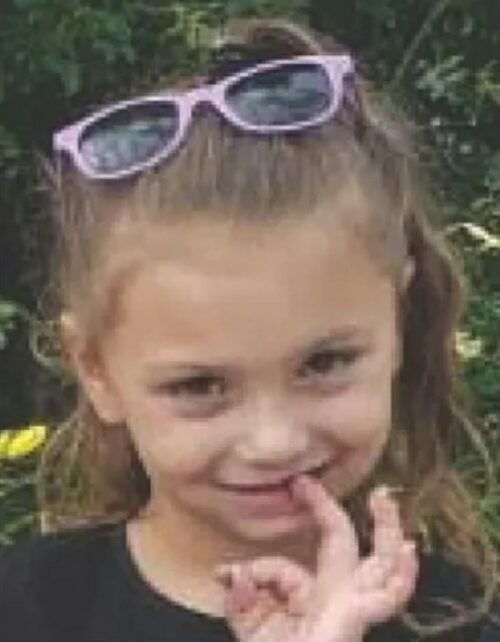 (Spencer, NY) – In 2019, then four-year-old Paislee Joann Shultis was last seen on July 13 and later reported missing from her home in Spencer in western Tioga County. At the time, the child was believed to have been abducted by her non-custodial parents, Kimberly Cooper Shultis and Kirk D. Shultis Jr.

On Monday, incidental to receiving information that the child, now six-years old, was being held in a hidden location at the residence of her grandfather, Kirk D. Shultis Sr., 57 years old, at 35 Fawn Road in the Town of Saugerties, Saugerties police obtained a warrant from the Town of Saugerties Justice Court, authorizing a search of the residence for the child. At 8:06 p.m. Monday, Saugerties police detectives and uniform officers with assistance from the New York State Police Bureau of Criminal Investigation and uniform troopers, executed a search on the residence.

At the time of the search warrant execution Monday, Kirk D. Shultis Jr., 32 years old, was at the residence in Saugerties and denied to police having any knowledge of the girl’s location. Several times during the police investigation into the child’s disappearance after Saugerties police received a missing person report almost two years ago, Shultis Jr. was also interviewed by Saugerties police and maintained that he had no knowledge of the whereabouts of the girl, telling officers that he had not seen the child since she was reported missing in July 2019 from her home in Spencer.

A little over an hour into the search Monday of the residence at 53 Fawn Road, the child was located in what police called “a makeshift room, under a closed staircase leading to the basement of the residence.” Saugerties is located in Ulster County, New York.

Upon removing the step boards, police found the child and her abductor, Kimberly Cooper Shultis, 33 years old, hiding in the “dark and wet enclosure.”

Saugerties police arrested Kirk D. Shultis Jr. at 11:32 p.m. Monday and charged him with the felony charge of Custodial Interference in the 1st Degree and misdemeanor Endangering the Welfare of a Child.

Saugerties police arrested Kimberly Cooper Shultis at 11:32 p.m. Monday and charged her with the felony charge of Custodial Interference in the 2nd Degree and misdemeanor Endangering the Welfare of a Child.

Saugerties police arrested Kirk D. Shultis Sr. at 10:34 p.m. Monday and charged him with the felony charge of Custodial Interference in the 1st Degree and misdemeanor Endangering the Welfare of a Child.

According to published reports, the child has been returned to her legal guardian. Shultis Sr., Shultis Jr. and Cooper Shultis were charged by police and released.

This report was provided by Chief Joseph Sinagra and the Saugertis Police Department.