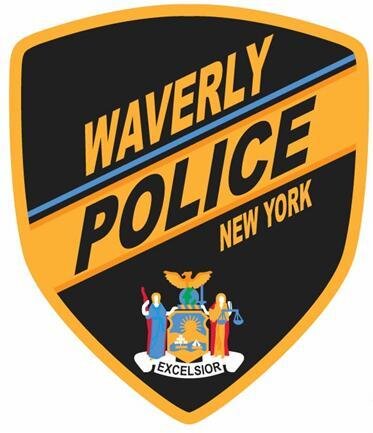 At approximately 10:38 a.m., Waverly Police received a report of a bank alarm at the Chemung Canal Trust Company, 405 Chemung St., Waverly, N.Y.  An investigation found that a robbery of the bank had just occurred and the suspect, later identified as Edna Jane Hallett, had left the bank. A description was given to responding officers, who then located Hallett walking on Pennsylvania Ave. in Waverly, and she was taken into custody. Further police investigation at the bank lead to Hallett’s arrest for Robbery in the First Degree, a felony.

Hallett was scheduled to be arraigned and the investigation is on-going. No photo was provided.

New York State Police Units from Owego, N.Y. assisted with this incident, and Chemung Canal Trust Security Department also responded to the branch location to assist with this investigation.