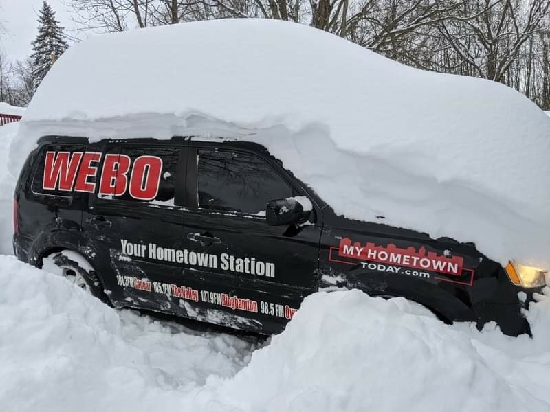 It’s that time of year again. The days are growing shorter and the temperatures are dropping, which means it’s only a matter of time before the arrival of winter. As some welcome the return of snow, others may be wondering what the coldest time of the year has in store — and AccuWeather meteorologists have the answers. That’s right — it’s time for the annual AccuWeather winter forecast.

AccuWeather’s team of long-range forecasters, led by Senior Meteorologist Paul Pastelok, has made its annual prediction for the upcoming winter season, giving people all across the country time to prepare for what is expected to be a busy winter from coast to coast. AccuWeather is predicting some similarities this year compared to last winter due to a weather phenomenon known as La Niña. Last winter, La Niña was a driving force that shaped the weather patterns across the country throughout the season. La Niña is a phenomenon that occurs when the water near the equator of the Pacific Ocean is cooler than average. In turn, this influences the jet stream and the track that storms take when moving across North America. It is also the counterpart to the more well-known El Niño.

La Niña is once again predicted to shape part of the overall weather patterns this winter, but Pastelok said that the upcoming La Niña will be weaker than the one experienced last winter. This “opens up the door” for other elements to factor into the winter forecast, especially during the second half of the season.

There are also indications entering this winter season that, unlike last year, the polar vortex can be weaker. This could allow colder air from the Arctic to slide southward into the U.S. before the official start of meteorological winter, which is on Dec. 1. Astronomical winter, the first official day of winter, arrives on Tuesday, Dec. 21.

Residents across the Northeast might want to dig out their winter coats sooner rather than later as winter weather could make an early arrival across the region this year.

“This winter, I think, is going to be a colder one, at least for the interior sections from the Appalachians to the Ohio Valley and Great Lakes,” Pastelok said.

Areas closer to the coast, including Boston, New York City and the rest of the Interstate-95 corridor, could also get the chance of early-season cold and snow, but it is not predicted to be as cold or as snowy as across areas farther inland. 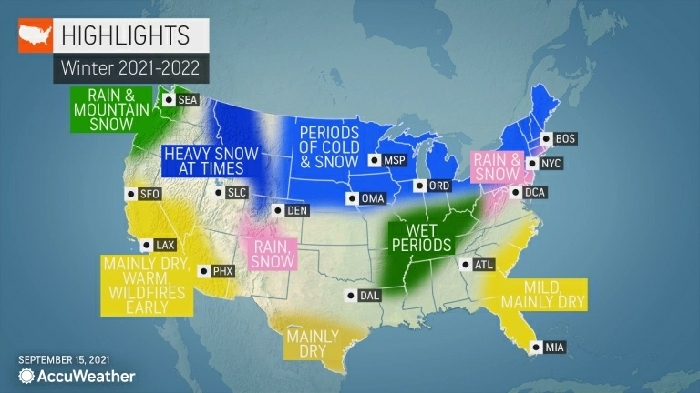 The early arrival of chilly air will be just the first hill on the roller-coaster weather ride that is expected this winter. The severity and frequency of the snow and cold air are likely to let up a bit by mid-December before returning with a vengeance in January.

“That’s the month that stands out,” Pastelok said. Heating bills could hit their highest point in January and people all across the Northeast, especially those who live along and west of the Appalachian Mountains, may notice the effects. This will come at a time when heating costs could be inflated anyway. This is also the period of the winter when there will be ample cold air entrenched across the region for snowstorms to cause widespread disruptions.

Sometimes during January, there is a period during which the cold air lets up, referred to by some meteorologists as a “January thaw.” But this coming winter, that respite from the frigid weather could occur a few weeks later, making it more of a “February thaw.” This will provide a window for snow and ice to melt before the end of winter when the polar vortex could pay a visit. Winter could go out like a lion with another heightened risk for nor’easters at the tail end of the season.

“At the end of the winter into early spring, there could be another attempt of the polar vortex being displaced or split,” Pastelok said. This would send frigid Arctic air blowing across the eastern U.S., extending the wintry weather well past March 1, which marks the beginning of meteorological spring. 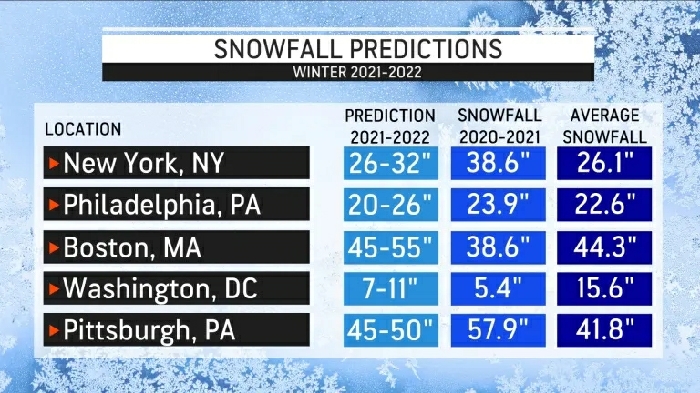 A different story is likely to unfold a short drive south on I-95 with another below-normal year for snowfall in the nation’s capital. AccuWeather is predicting between 7 and 11 inches of snow for the winter in Washington, D.C., which is slightly more than the 5.4 inches that fell last winter but still below the average of 15.6 inches. The city hasn’t measured above-normal snowfall since the winter of 2018-2019.

Boston was another major I-95 city that ended up with less snowfall than average last winter, with a total of 38.6 inches compared to an average seasonal snowfall of 44.3 inches. This year, above-normal snowfall is expected, and amounts could reach as high as 55 inches.