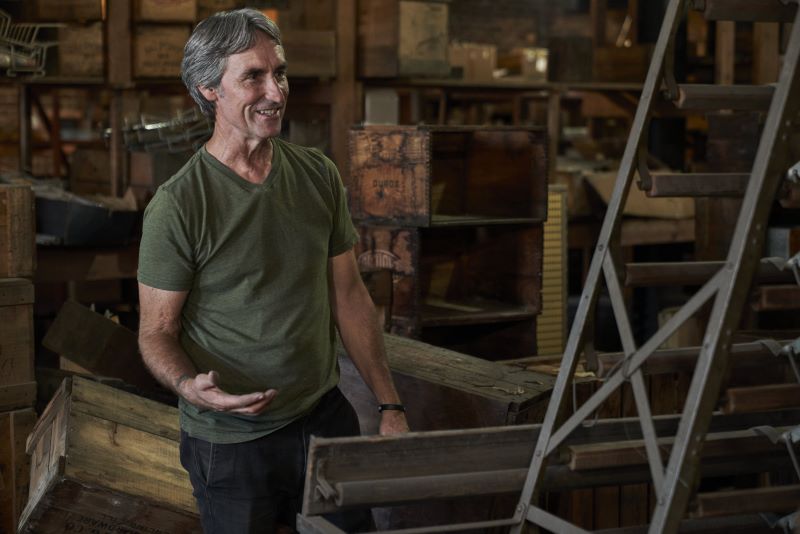 The hit television documentary series “American Pickers” seen on cable’s History Channel is returning to New York State in August 2022 to film episodes and seek leads on collectors, including those in the Southern Tier of New York who would like to share their hidden treasures and be filmed for television. Show producers announced in early April that they would be in Pennsylvania in June.

Mike Wolfe and former co-host Frank Fritz have visited the Southern Tier several times before beginning in 2013 with a stop at the former Showtime Costumes in Binghamton. That episode aired in 2014.

“American Pickers” explores the fascinating world of antique “picking.” The show follows current hosts and skilled pickers Mike and Robbie Wolfe and Danielle Colby in the business, as they hunt for America’s most valuable antiques. They are always excited to find sizeable, unique collections and learn the interesting stories behind them.

As they hit the back roads from coast to coast, the Pickers are on a mission to recycle and rescue forgotten relics. Along the way, they want to meet characters with remarkable and exceptional items. They hope to give historically significant objects a new lease on life while learning a thing or two about America’s past along the way. The Pickers have seen a lot of rusty gold over the years and are always looking to discover something they’ve never seen before. They are ready to find extraordinary items and hear fascinating tales about them.

The American Pickers crew continues to take the pandemic seriously and will follow all guidelines and protocols for safe filming outlined by the state and CDC.

If you or someone you know has a large, private collection or accumulation of antiques that the Pickers can spend the better part of the day looking through, send your name, phone number, location, and description of the collection with photos to americanpickers@cineflix.com or call (646) 493-2184. According to the Facebook page GotAPick, no stores will be considered. 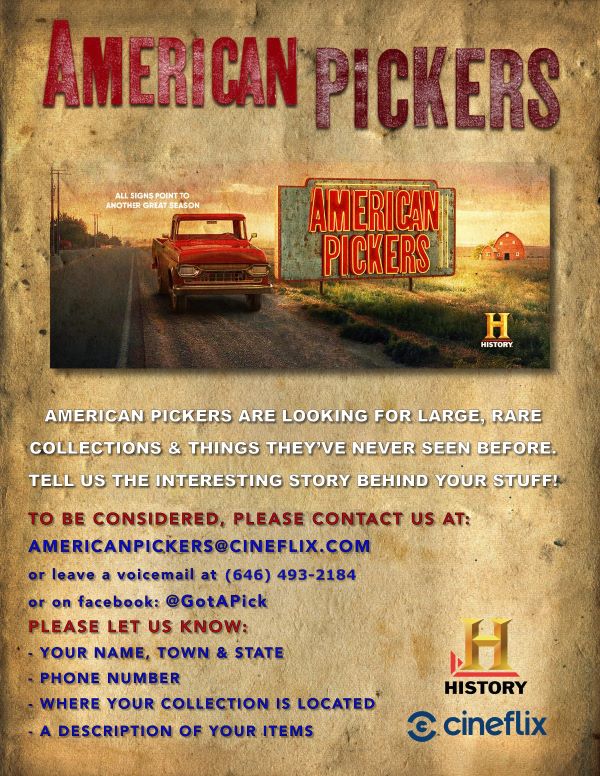