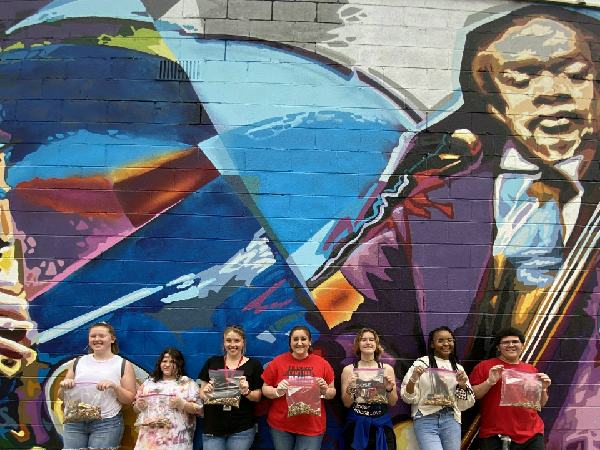 “With five tobacco retailers located within less than a mile stretch in the health and cultural district of the Triple Cities, it’s not surprising that we collected so much tobacco litter in such a short amount of time,” comments Public Health Educator and Reality Check Coordinator Nikole Hurlbert, “We will be utilizing the tobacco litter findings to raise awareness about the environmental consequences these materials can have as well as the positive impact that tobacco-free policies could have on the community.”

According to the 2020 National Litter Study, cigarette butts are the number one littered item in the U.S with 9.7 billion butts counted on any given day. Cigarette butts not only take up to ten years to completely degrade; they contain hundreds of different toxic chemicals that are released into the environment.

Additionally, with the new emerging issue of e-cigarette use, there has been an increase of hazardous materials being disposed of improperly. Electronics cigarettes and other vaping devices contain liquid chemicals, nicotine and lithium batteries that are detrimental to the
environment, wildlife, and humans.

“Litter from tobacco products are a major cause of pollution in our community. I helped pick up
items like cigarette butts and electronic vaping cartridges because they can harm the environment

when smokers throw them on the ground. It was not only gross but also an eye-opening experience,” says Reagan Knapp, Reality Check member and Johnson City Middle School student.

In celebration of Earth Day, Tobacco-Free Broome and Tioga has partnered with the Prevention Coalition of Broome County to host Drug Take Back Day on April 30th from 9AM-2PM at Broome County Health Department, 225 Front Street. In addition to unused prescriptions, vaping devices and cartridges can also be dropped off. Reality Check teens will also educate attendees about the harmful effects of tobacco and e-cigarettes to people and our environment.