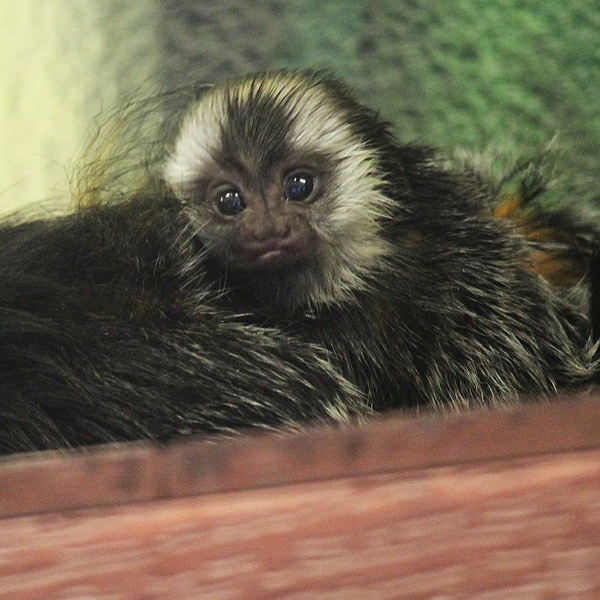 The Ross Park Zoo is excited to announce the birth of a Geoffroy’s marmoset on June 11 to parents Maxine and Clark. The newborn joins its parents and siblings, Finn and Quincey, on exhibit in the Wonders of Nature building. These marmosets are active in the Geoffroy’s Marmoset Species Survival Plan, a program that ensures a healthy, diverse, and sustainable captive population.

Geoffroy’s marmosets are native to the forests of southeastern Brazil. They are a small primate with a lifespan of approximately 10 years. They live in family groups of up to 10, with all participating in carrying the young.

Geoffroy’s marmosets are considered “Least Concern” by the International Union for Conservation of Nature (IUCN). However, widespread destruction of their natural habitat is causing their populations to decline.