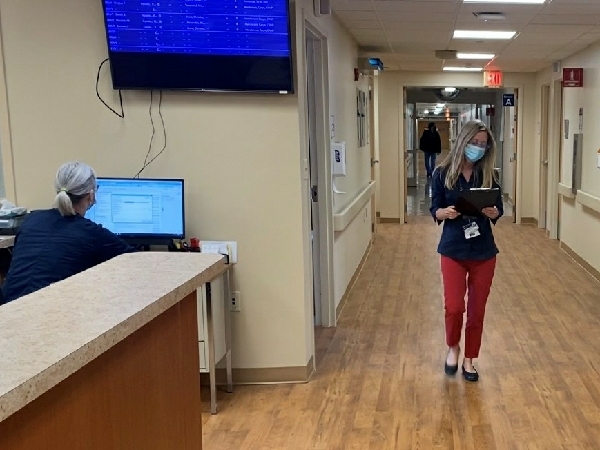 In addition to a new 15 bed acute rehab unit expected to open this summer, renovations have also begun on the hospital’s new 10 bed acute care medical/surgical unit. So far, renovations have been completed on 6 out of the 10 new private rooms offering 24/7 services, low nurse to patient ratios, allowing nurses to spend more time with each patient, and a quiet hospital setting.

Anna Sands, the wife of an inpatient in the new unit said, “There’s not as much noise, so you can hear what the staff is saying. In a lot of hospitals, there’s so many things going on that you can’t hear well, so this new unit is nice.”

“I think the most important thing for the community to understand is that we care about them and that we want them to have the most relaxing and comfortable space when they come to us,” said Lionetti.