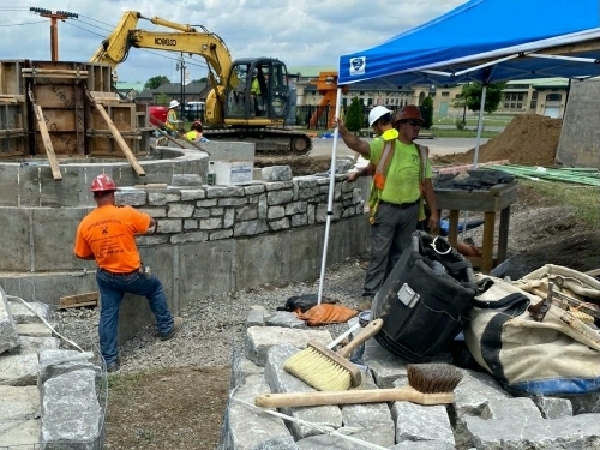 A new memorial honoring fallen highway workers across New York state is currently under construction and will be unveiled at the 2021 Great New York State Fair. The memorial, which will be located near the midway entrance and west of the Horticulture Building, is meant to honor all transportation workers killed while performing their duties on or near New York’s thousands of miles of highways, including State Department of Transportation and Thruway Authority employees, municipal highway workers, contractors, consultants and towing service employees.

According to the federal Bureau of Labor Statistics, from 2003-2017, 1,844 workers lost their lives at road construction sites across the United States, averaging 123 per year. The State Department of Transportation has lost 56 workers during its existence.

The new memorial will include a centerpiece featuring a bronze sculpture of shovels, hard hats and boots on a platform surrounded by four bronze traffic cones and a dedication plaque. It will include paved walkways and seating for respectful reflection. Shrubs and trees will be planted around the centerpiece and along the outside of the memorial.

The announcement also comes at a time when New York State Police and local law enforcement agencies are writing tickets in record numbers to crack down on motorists who flagrantly disobey vehicle and traffic laws in highway work zones as part of Operation Hardhat. Last year, 1,770 tickets were issued by State Police during “Operation Hardhat” activities, which surpassed 2019’s total by nearly 70 percent. Already this year, troopers have issued 871 tickets in highway work zones on state roadways. Additionally, local law enforcement agencies have written 35 tickets this year under the initiative.