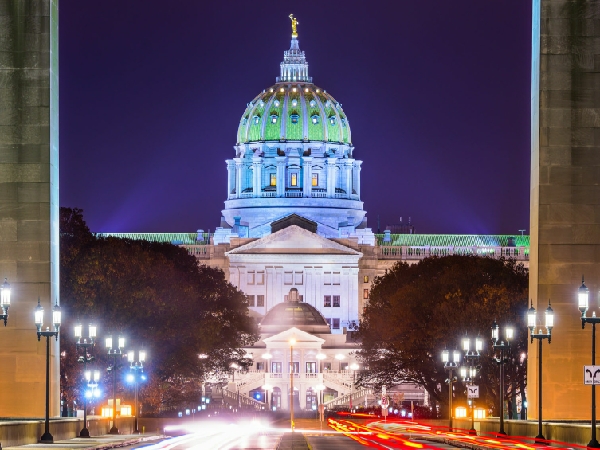 (Harrisburg, PA) – Calling it a major victory for rural broadband expansion, two Northern Tier lawmakers have applauded the signing of a new law they authored to establish a cohesive, coordinated effort to bring high-speed internet service to rural and other underserved communities across the Commonwealth.

Sponsored by Reps. Clint Owlett (R-Tioga/ Bradford) and Tina Pickett (R-Bradford/ Susquehanna), the bill will establish the Pennsylvania Broadband Development Authority to coordinate and facilitate funds anticipated through a federal infrastructure bill recently approved by the U.S. Congress. The Commonwealth is expected to receive at least $100 million initially with the potential to obtain more after the authority develops a statewide plan for broadband expansion.

Under the bill, the authority would serve as a single point of contact for parties interested in developing broadband or having broadband developed, helping to minimize duplication and maximize the use of existing infrastructure. The authority would also be charged with identifying access to funding sources and help coordinate joint efforts for broadband buildout.

“I’m confident this law is going to be a game-changer for our farmers, business owners, teachers, students, doctors, patients and all of us who have been hampered by slow or no internet service,” Owlett said. “I believe the funding and coordination facilitated by this law will finally get broadband service to the ‘last mile.’”

“This is a great day for all of us who have been fighting for broadband access in the most rural areas of the Commonwealth,” Pickett said. “Broadband infrastructure is as vital to our communities and our economy as our utilities and transportation infrastructure. I look forward to better connectivity for everyone in the Northern Tier.”

The authority will dissolve in 10 years, or when all available federal funds have been exhausted. The law is effective immediately.

Popular performance rally in Wellsboro, Pa., to return as full event this September