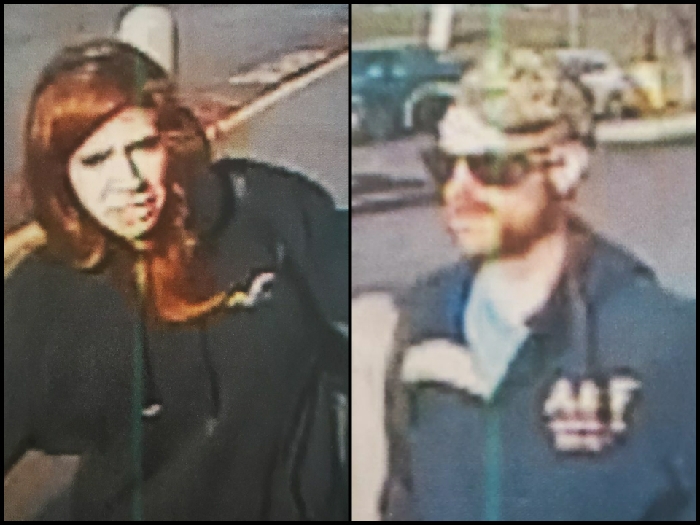 New York State Police at Norwich report on New Year’s Eve, December 31, shortly before 3:00 p.m., a man and woman (in the photo) took a pick-up truck without the owner’s permission. The truck was parked in the parking lot near Walmart’s Garden Center in Norwich. The elderly owner of the pick-up truck briefly went into the store and when he came out of the store, discovered that the truck was missing.

Troopers located the truck on January 2 in the Town of McDonough after someone saw it parked near Hoben and North Tyner roads. It appears the truck was abandoned after it ran out of gas.