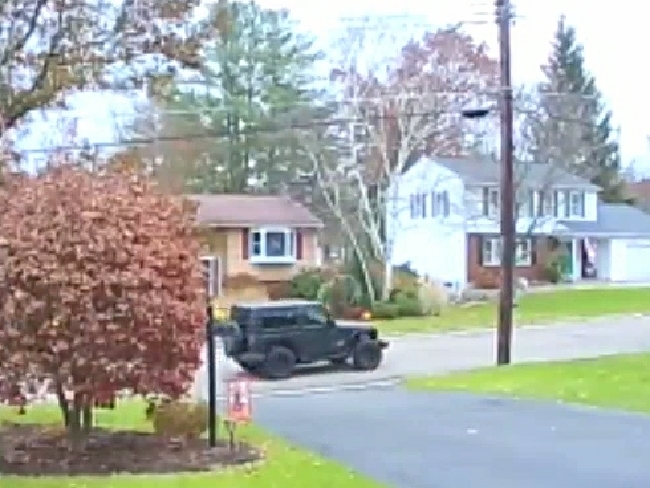 (Endwell, NY) – New York State Police at Endwell are investigating a “grandparent scam” and need the public’s assistance to locate the scammer. The operator of the Jeep (pictured) was involved in the scam that took advantage of the victim, resulting in a significant monetary loss.

On November 17, a grandparent in the Endwell area received a phone call from someone claiming to be her grandson and that he was in jail in the New York City area. The caller told her not to tell anyone and that he needed money for bail. The victim was later contacted by someone claiming to be her grandson’s lawyer and that they would be coming to her home to collect the money.

A few hours later, a black male, with short hair and wearing a long-sleeve shirt with a vest, showed up at the victim’s doorstep. He was driving the pictured dark colored, two-door Jeep Wrangler.

Investigators from the Bureau of Criminal Investigation at Endwell are looking for the Jeep and the operator. If you have any information, contact State Police Binghamton at (607)775-1241.