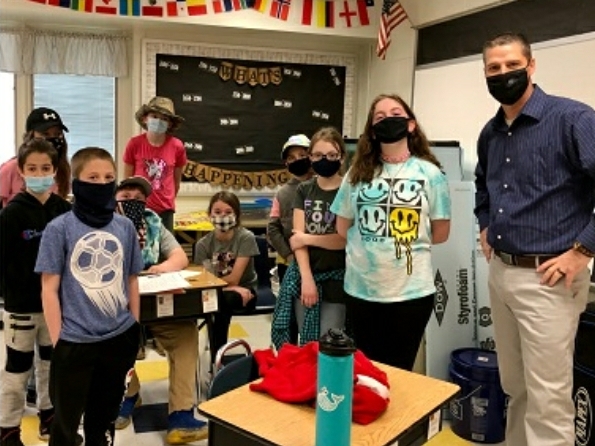 PA rep. Clint Owlett (R-Tioga and Bradford) talked students last week at the Westfield Area Elementary School in the Northern Tioga School District about the role and responsibilities of a state representative and how an idea becomes law in Pennsylvania.

Groups of students represented the three branches of government and walked their ideas through the process, eventually getting a couple of bills to the “governor.” The governor signed a couple, vetoed others and even had the legislature override one no veto.

Owlett said “what a great way for kids to learn about how their government works. Thanks for the opportunity.”