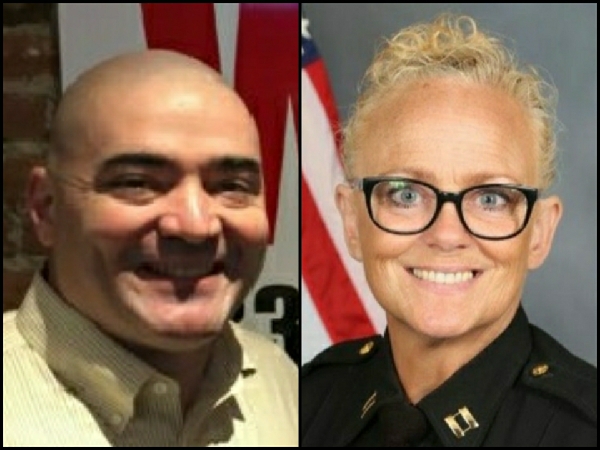 Akshar said, “Serving the people of this community for the past two decades, first in law enforcement and then as State Senator, has been the absolute honor of my life and I pledge to continue serving our community as long as I draw breath. From the very start, I’ve pledged to be open, upfront and honest with the people who elected me and I respectfully offer that I’ve kept that promise. But I owe it to them to continue to be upfront and transparent, and to let them know when I’ve made a decision about how I’m best able to serve our community going forward.”

Newcomb has worked at the Sheriff’s Office since 1992, serving as a road patrol officer, detective and detective sergeant overseeing narcotics investigations, lieutenant of the road patrol and currently as captain of the law enforcement division, the 3rd ranking member of the department. Newcomb announced Wednesday that she is considering a run for the Republican nomination.

The two announcements set up a GOP primary contest between two officers who were once girlfriend and boyfriend for 13 years.

“I have been committed to Broome County and the safety of its residents for 29 years, I’m in my 30th year. I think that I possess the ethical leadership that can move the office down the correct path that it needs to go,” said Newcomb.