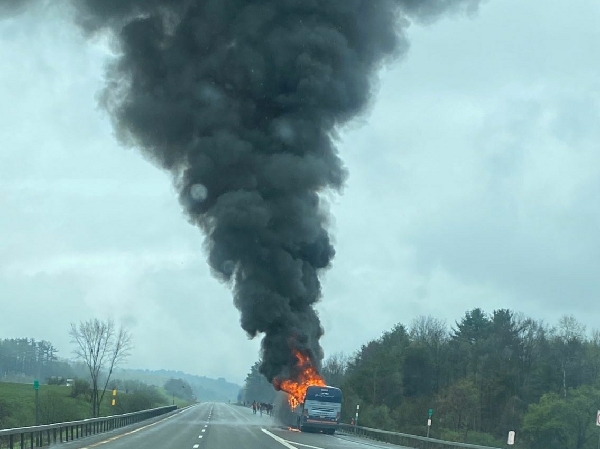 On Thursday before 2 p.m., a New York State Trooper from the TIM unit (Traffic Incident Management) was on Interstate 81 in the Town of Barker in Broome County when she observed a charter bus on fire. Troopers from State Police at Whitney Point also responded to the scene to assist.

According to New York State Police, the bus was traveling northbound on Interstate 81 from Long Island to Syracuse, with 42 people on board. Four people were injured — one person was transported to UHS Wilson Hospital in Johnson City for burns, two were taken to UHS Binghamton General for smoke inhalation and one person was checked out on scene but declined to be transported to a hospital.

Both northbound lanes were shut just north of exit 7 (Castle Creek) from 2 to 3:30 p.m Thursday afternoon, according to police. 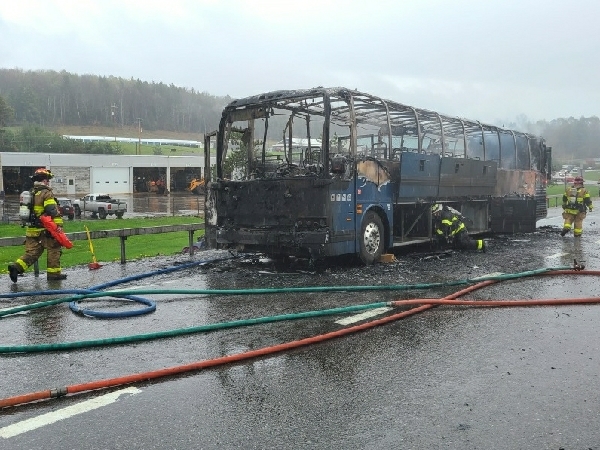