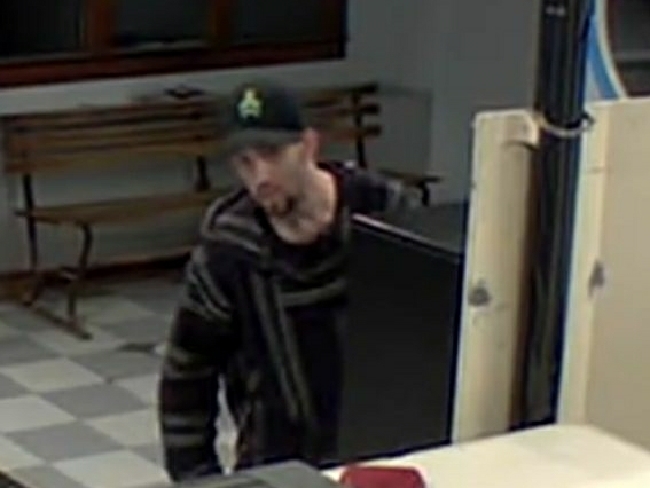 Update 1/19/22: After receiving tips from the public, New York State Police at Sidney were able to make an arrest.

On January 18, troopers arrested Ronald L. Mills, age 36 of Afton, NY, for the misdemeanor of Petit Larceny. He was processed at State Police at Sidney barracks and issued appearance tickets to the Bainbridge Town Court on February 1.

The New York State Police thanks the public for their assistance.

(Bainbridge, NY) – New York State Police at Sidney are looking to identify the subject in this picture from a video surveillance camera.

He was at the Laundry Mat on West Main Street in the Village of Bainbridge on November 20, 2021, and is accused of taking a wallet containing cash and credit cards. He’s described as a white male with brown facial hair.