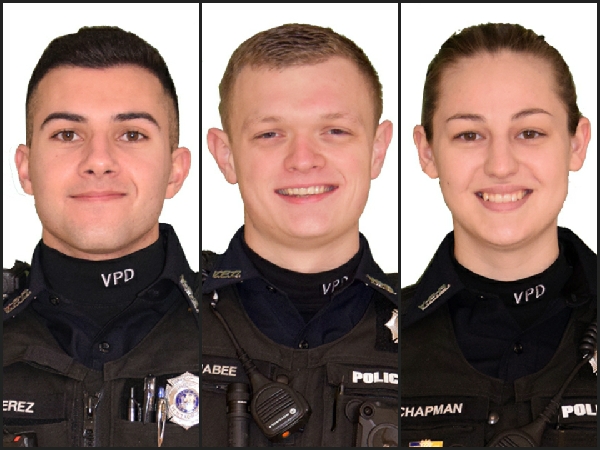 This past year, three new officers joined the Vestal Police Department. All three are Vestal High School graduates and also attended the Vestal Youth Police Academy. Alyssa Chapman (Class of 2017), Bryant Mabee (Class of 2018) and Justin Perez (Class of 2016) joined the town police department in March and August of 2020.

Youth Police Academy at Vestal High School, a collaboration between the Vestal CSD and Vestal Police Department, is designed to instill team-building, decision-making and leadership skills in students, while also fostering a trusting relationship between the students and community authority leaders.

Vestal police Capt. Stace Kintner was the district’s School Resource Officer at the time and was proud to direct the first two-week academy during the summer of 2012.

Kintner and current YPA director Conor Talbut, one of three present-day school resource officers, shared their thoughts about the Academy and the new hires in a video available on the Vestal High School page of the district website.

The three new officers are also featured and they share how their experiences in the Youth Police Academy prepared them for the basic police academy and their new careers.