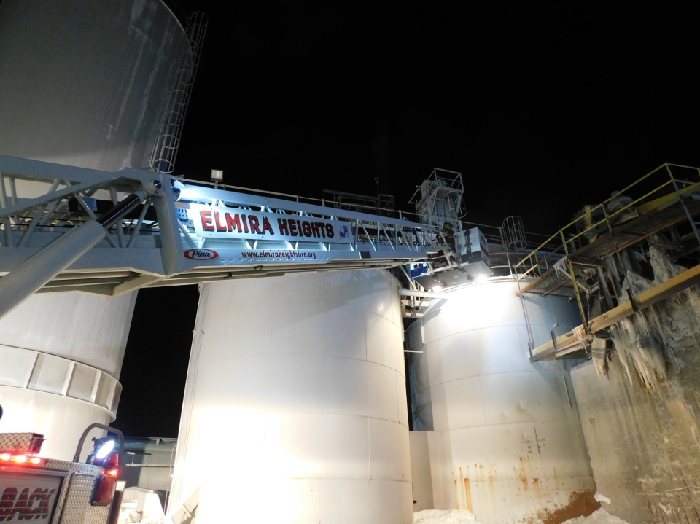 (Elmira Heights, NY) – On Sunday, at approximately 6:00 p.m., deputies from the Chemung County Sheriff’s Office were dispatched to Anchor Glass in Elmira Heights for a report of a plant employee trapped inside a silo. Deputies arrived to find members of the Elmira Heights, Town and Country, and Elmira City Fire Departments on scene. Attempts to rescue the employee were unsuccessful.

Sheriff’s Investigators learned that 60-year old, GUY L. PECK II, of Waverly, NY, was working in an area known as the “batch house”. PECK discovered a problem with a
manufacturing holding silo, known as Silo Number 7. PECK entered the interior of the silo tank and became trapped in lime powder that was being held inside the silo.

Plant workers, and members of multiple fire departments, responded to the scene, however were unsuccessful in
their attempts to rescue him from the silo. The Chemung County Medical Examiner’s Office pronounced PECK deceased at the scene.