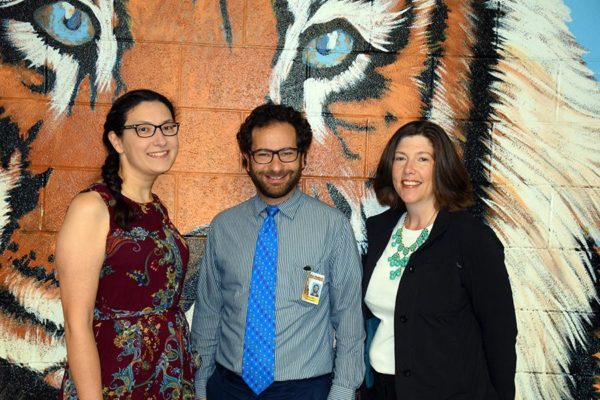 THIS STORY WAS SUBMITTED  BY THE UNION-ENDICOTT SCHOOL DISTRICT: Union-Endicott teachers Eric Bill, Kim McCabe, Aileen Zielewicz, and Meridith Jackson have been selected to participate in the 2019 New York State Master Teachers program — among 228 educators selected to the program this year. NY Gov. Andrew Cuomo made the announcement in September.

Eric Bill has taught math and computer science for the past four years at UEHS. He received his undergrad and master’s in education in math from SUNY at Buffalo.

Kim McCabe has been teaching math at UEHS for 13 years. She received her BA and MAT in math from Binghamton University.

Aileen Zielewicz in in her 24th year teaching math in U-E. She currently teaches at UEHS. She received her BS in math from the University of Scranton and MSed in math education from Binghamton University.

Meredith Jackson is in her 13th year teaching at U-E, currently as a fifth-grade teacher at GFJ. She received her BA in math from Alfred University, MBA and MSed in childhood education from Binghamton University.

These four will start the program, which is a four-year commitment, in I. Upon successful completion of the program, Master Teachers receive an annual stipend, serve as peer mentors, participate in professional development opportunities, and nurture and promote the next generation of STEM teachers.