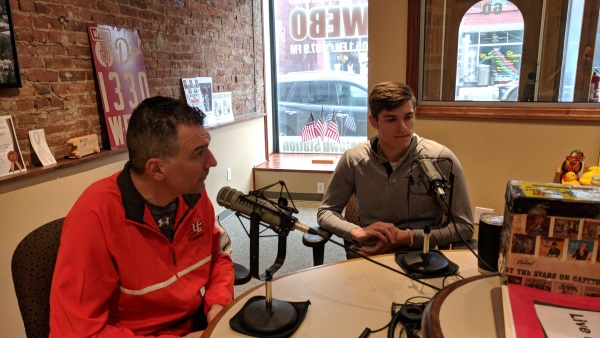 As a standout athlete, Devon was selected to play in the Section 4 Ernie Davis All-Star Game, was named to the Section IV, Division 1 All Star-Team, and was voted the 2017 U-E Football Most Valuable Player, as voted on by the players.

He began his varsity career by starting for the Tigers as a sophomore quarterback.

Devin and Coach Tom Baleno joined the WEBO Morning Show on Wednesday. You can listen to the interview here.